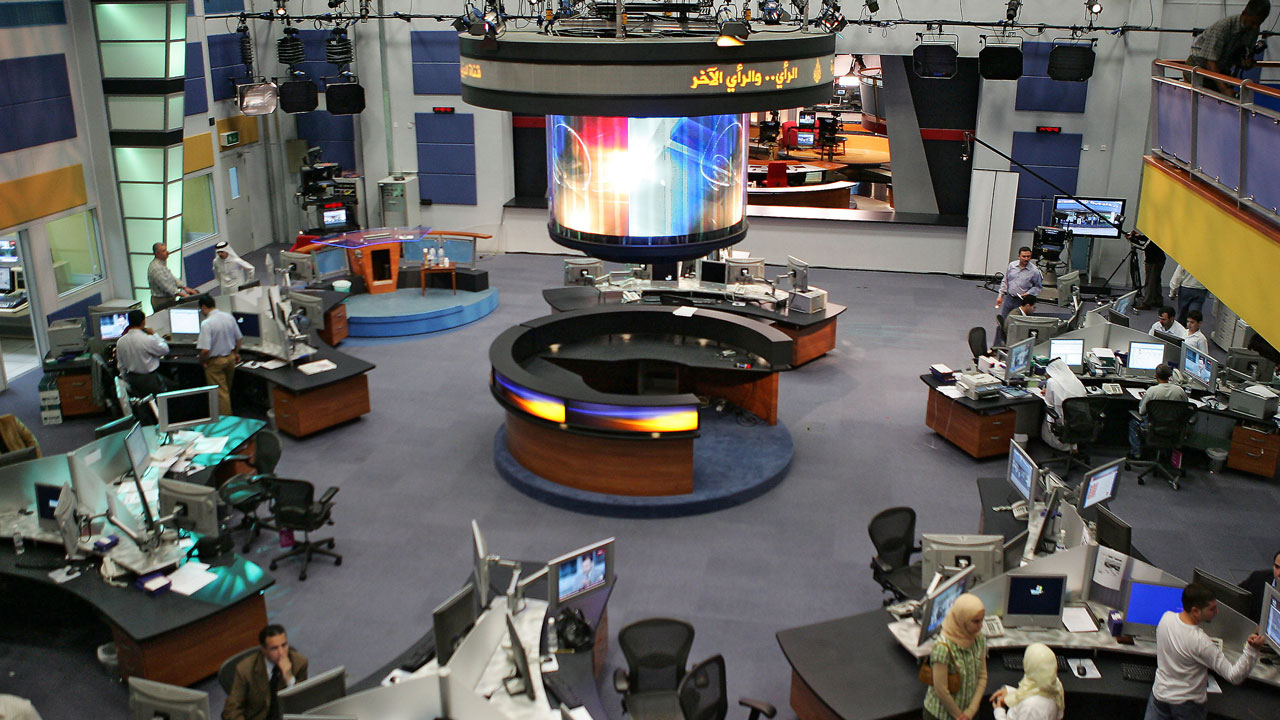 (FILES) This file photo taken on November 24, 2005 shows a general view shows the newsroom at the headquarters of the Qatari satellite channel al-Jazeera in Doha. Qatar-based broadcaster Al-Jazeera said the Twitter account for its main Arabic language channel service had been suspended on June 17, 2017, as part of an "organized campaign".<br/>Yasser Abuhilalah, managing director of Al-Jazeera Arabic confirmed the suspension on a social media. KARIM JAAFAR / AFP

Qatar-based broadcaster Al-Jazeera said the Twitter account for its main Arabic-language channel was temporarily "suspended" on Saturday, in the latest incident at the station.

A spokesman for the channel said the cut may have been due to a technical problem and that all Twitter accounts affected were back online.

"Most of our Arabic accounts were blocked, but they are now up-and-running," the spokesman told AFP, adding that it may take several hours for them to be fully restored.

An investigation was taking place to determine the cause, and technical teams from the broadcaster were trying to coordinate with Twitter.

The announcement that the online accounts were back came around an hour after first reports that some of Al-Jazeera’s Twitter accounts had been blocked.

"The main Al-Jazeera Twitter account has been suspended, and work is ongoing to solve the problem," Yasser Abuhilalah, managing director of Al-Jazeera Arabic, tweeted.

"Disruption (by others) will not stop because the truth terrifies them. We’ll be back."

In another tweet, he said no other "channel in the world… faces the same amount of conspiracy".

The incident came at a time of diplomatic crisis between Qatar and neighbouring Gulf countries.

All diplomatic ties with Doha were cut on June 5 by several countries including Saudi Arabia, Bahrain, Egypt and the United Arab Emirates, which accuse Qatar of supporting and funding Islamic terrorist groups.

Qatar strongly denies the charge and claims those countries which have cut links are trying to change Doha’s foreign policy.

The television channel has long been a target for criticism by other Middle East countries, with Al-Jazeera banned on several occasions.

Earlier this month, Al-Jazeera said it was combatting a large-scale cyber attack.