Lagos – The Federal Government has assured the international community that it is working with its Swiss partners and others, on daily basis, to track and secure the release of remaining abducted Chibok girls still in captivity. Alhaji Lai Mohammed, Minister of Information and Culture, disclosed this at a briefing at the Department of African Studies, […] 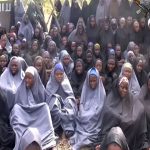 Lagos – The Federal Government has assured the international community that it is working with its Swiss partners and others, on daily basis, to track and secure the release of remaining abducted Chibok girls still in captivity.

Alhaji Lai Mohammed, Minister of Information and Culture, disclosed this at a briefing at the Department of African Studies, Georgetown University, Washington DC.

The minister, who engaged members and students of the department on the development in the country, said that government has never one day forgotten or closed the case of the abducted girls.

“Few days ago was the fifth anniversary of the abducted girls and that means they were kidnapped more than a year before President Muhammadu Buhari administration came into power.

“It was the engagement of this government that led to the release of 107 of the girls and what I can assure you is that the government is still engaging in trying to find out where the girls are and what has become of them.

“However, some of these negotiations are very delicate due largely to the fact that it takes a lot of time and there is a sort of fractionalisation within the terrorist group.

“We are still working with our Swiss partners and the others everyday so that we can be able to track where these girls are, what have become of them and how many are left.

“However, these are not something you can disclose, anyhow because of the sensitivity,” he said.

Responding to question on the reintegration and sponsorship of the girls, the minister said, going by the experiences of the 107 girls that were released, government took responsibilities for their reintegration and got them all back to schools.

He said only recently, there were media reports about the bright performances of some of the girls in their respective fields.

On the recently concluded general elections, the minister said the presidential poll was a referendum on the integrity of President Buhari and the triumph of the common Nigerians over the elite.

The minister said that fake news was one of the major threat to the general elections, to the extent that some people had posited that “if there are polling booths on social media the opposition would have probably won”.

He said that government was tackling the menace of fake news through vigorous campaign, which had helped to bring the danger to the fore.

He reiterated the position of the government not to gag the press or use coercion but appeal to the sensibilities of the people in fighting fake news.

Fielding questions on Boko Haram crisis, the minister said that the war could not be won only by the bullets and there is the need to give hopes and opportunities to the younger ones being indoctrinated and rehabilitate the victims.

Many of the younger ones are carried away by the terrorists ideology because they feel hopeless, excluded from governance.

In winning the people away from the ideology and giving them hope and opportunities, he said the government would consolidate on its social intervention programmes.

He said some of the programmes were put in place to encourage medium and small scale enterprises and allow people access to credit facilities.

Dr. Scott Taylor, the Director, African Studies in Georgetown, one of the top twenty universities in the US and number four in International Relations Programmes, thanked the minister for the interaction.

Many of the students that took part in the briefing were from Nigeria.

He also blamed politicians in the country for the rising wave of insecurity, killings, and kidnappings across the country.

Falana, who spoke when he featured on Sunrise Daily, a programme on Channels Television, said it had become a norm for insecurity to increase after elections.

He alleged that thugs abandoned by politicians had taken to criminal activities to cater for themselves.

“The increase in the wave of killings and kidnappings and banditry in recent times has to do with the just concluded elections.

“The thugs that were armed by politicians were not disarmed. They were very busy during the elections attacking people and killing political opponents, now they are back in business.

“Nothing was done to disarm them after the elections. They have been dumped by politicians and they have to look for means of survival of livelihood, and that is why we are witnessing this increase.

“What we are witnessing is a reign of impunity. It is a regular phenomenon. Once an election has just been concluded, you have phenomenal increase in violence all over the country.

“I do know that the police arrested close to 2,000 thugs, many of them with arms, and none of them has been taken to court.

“I am sure you are aware of the incident in Lagos whereby, in the middle of the address of Governor Ambode, armed thugs invaded the venue, disrupted the rally and nobody has been charged to court.

“They declared the thugs wanted. Many of them have been found but they have not been taken to court.

“That is the situation all over the country. What we are witnessing is a reign of impunity.

“In fairness to the police, these thugs are usually taken to court for all manners of criminal offences, including murder or culpable homicide.

“But when it comes to political thuggery, many of these cases are quietly withdrawn by the Attorneys-General in different states who will just file nolle prosequi motions.”

Falana said the problem was not with the architecture of security but the social dimension of crime control, citing unemployment and underemployment as examples.

He asked governors to quit complaining and head to the president to demand a police force to guide their states if they would not be allowed state police.

“With profound respect, the members of the National Assembly are toying with the security of our country,” he said.

He added: “How can the Senate in this stage and time be passing resolution asking for state police?

“Or the House of Representatives requesting the president to come and address the members of the National Assembly on the security situation in the country.

“Why have they not moved the motion for the creation of state police? We have to be very innovative in the business of securing the country. We can’t just throw up our hands in helplessness.”