How The U.S, Facebook And Big Data Could Swing Nigeria’s 2019 Elections (Concluded)

|In Nigeria
|By Don Okereke

History of The US Government, Establishments Interfering in Elections

The United States is not alien to overtly and covertly trying to swing the outcome of elections in other countries. Political scientist Dov Levin of the Carnegie Mellon University asserts that the US interfered in elections of at least 85 countries worldwide between 1946 and 2000. Levin figures that the “the United States and Russia intervened in 117 elections around the world from 1946 to 2000 — an average of once in every nine competitive elections.” According to Levin’s research, strategies deployed by the US include: ‘’peddling misinformation or propaganda; creating campaign material for preferred candidates or parties; providing or withdrawing foreign aid, and; making public announcements that threaten or favor certain candidates, covertly delivering large sums of cash, as was the case in elections in Japan, Lebanon, Italy, and other countries’’.

Nigeria’s former president Goodluck Jonathan blamed former president Barack Obama for his 2015 presidential election defeat to Muhammadu Buhari. Jonathan alleged that the former US president headed a global conspiracy to get rid of him. Jonathan is quoted as saying that, ‘’Obama and his officials made it very clear to me by their actions that they wanted a change of government in Nigeria and were ready to do anything to achieve that purpose”. The statement credited to Jonathan further said, “I got on well with Prime Minister David Cameron but at some point, I noticed that the Americans were putting pressure on him and he had to join them against me. “But I didn’t realize how far President Obama was prepared to go to remove me until France caved into the pressure from America.

Lately, a Facebook team led by Ebele Okobi (Facebook’s Public Policy Director for Africa) visited Nigeria’s Independent National Electoral Commission (INEC) to explore various ways in which they could synergize ahead of the 2019 elections. I was curious and jolted by the headline: ‘’To ensure stability, Facebook will “help” Nigeria with its upcoming general elections.’’ The Facebook team is quoted as saying, “people care very deeply about how they are governed, about who governs them and other political issues. Knowing that people come to the platform to talk about what they care about, we have developed a politics and government programme essentially to understand how our platform is being used, not just during elections, but also to help governments engage with their citizens and also to see what the risks related to our platform in elections are and what opportunities and programmes can be put in place to address the risks.” Out of Facebook’s membership base of 2.1 billion monthly active worldwide, over 16 million are Nigerians, the highest in Africa, making Nigerians the most active users in Africa”.

The curious part of me will like to know why a capitalist information frontrunner like Facebook that was (in)advertently complicit in the outcome of the 2016 United States presidential election and Brexit, intends ‘’helping’’ the Nigerian government during its election? Is Facebook a charity organization? Why did Facebook not “help” the US government against the Russians during the Trump/Hillary presidential election? According to Trump’s digital campaign director, Brad Parscale, the Trump campaign had Facebook employees “embedded inside our offices”, providing guidance on how the platform could be used to target voters. Russian-backed Facebook posts reportedly ‘reached 126m Americans’ during US election. 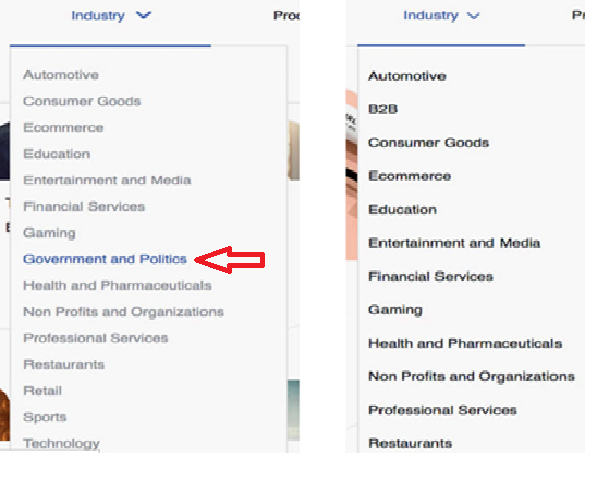 In its report titled: ‘’Facebook Quietly Hid Webpages Bragging Of Ability To Influence Elections’’, United States-based fearless and adversarial investigative journalism platform, ‘’The Intercept’’,  chronicled how Facebook deleted its “success stories” drop-down menu that once included an entire section for “Government and Politics”. Facebook is said to have used link and video ads to boost Hispanic voter turnout for Florida’s Republican Governor, Rick Scott and also gave a UK political party, the Scottish National Party, a “triggering a landslide.” Another report by ‘’True Pundit’’ cites how ‘’Facebook’s Recent Algorithm Change is Crushing Conservative Sites, Boosting Liberals’’. The report went further to say, ‘’This algorithm change, intentional or not, has in effect censored conservative viewpoints on the largest social media platform in the world. This change has ramifications that, in the short-term, are causing conservative publishers to downsize or fold up completely, and in the long-term could swing elections in the United States and around the world toward liberal politicians and policies.’’ 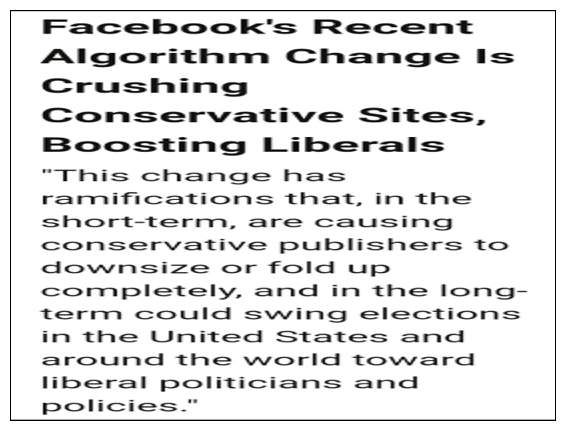 In Turkey, Facebook – reportedly under Turkish government pressure – deleted the Facebook accounts of people expressing solidarity with Rojava, an autonomous Kurdish province in northern Syria which plays a leading role in rolling back ISIS. Facebook routinely censors comments of government critics in India, Pakistan and Morocco. Sources who spoke to the New York Times, say Facebook built software that could potentially accommodate censorship demands in China. Facebook is said to massively delete posts by Rohingya activists documenting the violence against their men, women and children.

In April 2017, Facebook publicly acknowledged for the first time that its platform had been exploited by governments seeking to manipulate public opinion in other countries, including during the presidential elections in the US and France. The FBI has since charged 13 Russians and three companies for running what it claims was a ‘’cyber-warfare movement’’ against the United States. British lawmakers and the European Parliament have summoned Facebook CEO Mark Zuckerberg to give evidence over the scandal involving embattled Cambridge Analytica.

No wonder a certain John Robb, former counter-terrorism operative in the US Special Operations Command and long-time US military intelligence advisor on the future of artificial intelligence and robotics warfare to agencies like the NSA and CIA, tells us that, ‘’Facebook will become the “most powerful government contractor” in the world, in less than ten years’’. Robb reckons that, ‘’with unprecedented access to global population dynamics, capability for real-time tracking on nearly everyone on the planet using smartphone GPS data and ancillary information including pictures, posted links and likes, Facebook has the capacity to “create the largest micro-targeting database on earth”, replete with intimate details on the interests of billions of people.’’ Robb said that, ‘’Facebook’s mass surveillance capabilities will be even more powerful than that of the NSA. The relationship between governments and Facebook for global influence operations is increasingly symbiotic. Governments want to influence people and they are willing to pay Facebook handsomely to help them do it.’’

Denouncing Russia’s interference in the 2016 US presidential election, former US Vice President Joe Biden said, “They have no damn right,”.  “It’s our sovereign right to be able to conduct our elections free. Period.” In the same vein, Nigerians MUST be allowed to choose, elect their leaders. I implore all Nigerians of voting age to obtain their PVC’s and be VIGILANT.

Don loves entrepreneurship; he is the Founder/CEO of Forenovate Technologies Limited (RC 755695) and Holistic Security Background Checks Limited, an emerging offshoot of the former.

His knack and passion for harvesting information from formal and informal sources, writing, creating security awareness galvanized him into blogging. His articles are published on major Nigerian newspapers such The Guardian, The Nation, NewsWatch, Tell Magazine and various reputable local and international platforms.

Don has featured on conferences/seminars as a Guest Speaker and he is routinely consulted by foreign, local, print/electronic organizations such as the BBC Focus on Africa Programme, French AFP, Broadcasting Corporation of Oyo State Television, NTA, and Television Continental amongst others, for his expert opinion on issues impinging national, personal security and geopolitics.

As a change agent passionate to add value and to render altruistic service to humanity, Don champions a countering violent extremism and security awareness advocacy/Cause - Nigerians Unite Against Insecurity and Terrorism’’.